Metabolism is NOT the same as Energy

One huge common misconception is that metabolism and energy are the same.  Metabolism in layman's terms is really just the process of how our body breaks down matter or in a dieter's case food, and also the process it builds cells like muscle tissue. 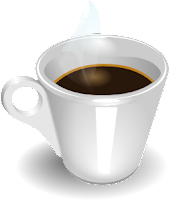 One way to really see the difference between energy and metabolism is sleep.  If I had a scale of 1-100 noting my energy level I'd say while sleeping I'd be a 1, but my metabolism is still going, processing and building all night long. If I were to drink a few cups of coffee I may be a 100 on the energy scale but it's increase in my metabolism would be very minimal. Just to be clear caffeine does have an effect on metabolism, but it's small and not at the same level it has on my energy.

I'm sure you have heard of negative calorie foods, things like broccoli and grapefruit.  I hate to be the bearer of bad news but they are not "negative calories" and the only thing that could be truly called a negative calorie food is water, which is another advantage to getting your 8-12 glasses a day. All foods have a Thermic Effect, or TEF for short. The thermic effect is related to the amount of energy needed to metabolize food. Protein is the ultimate burner and dietary fat will have very little effect on your metabolism. The TEF of protein is around 30-33%, so to metabolize a calorie of protein it takes 1/3 calorie of energy. Or for every 100 calories from protein it takes 33 calories to process it.  Dietary fat is only 2-3%, and carbohydrates only about 7%, making Protein the undisputed Metabolism Booster of the World!

1. When we lift we are tearing muscle tissue that will need to be rebuilt later, causing an increase in metabolism.
2. After the muscle are rebuilt and now stronger it takes more calories daily for them to function and maintain thus increasing our resting metabolism.

Metabolism is extremely important to weight loss, when we are dieting our stored body-fat really can be the main source of energy to run our metabolism.  When our metabolism slows down our weight-loss will slow down too. 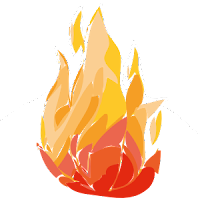 In general eating increases metabolism and dieting decreases it, making the Spike Day so very important to long-term weight loss.  This is how I named my diet plan, I have one day a week to eat a surplus of calories to rev up and SPIKE my metabolism so that I will be a fat burning machine for another 6 days before I Spike again.
Posted by Unknown at 4:21 PM