Testimonial from Corey S. He read the Spike Diet and he has been progressing tremendously over the past few months.
He got a Body Scan done and this is what he sent me. 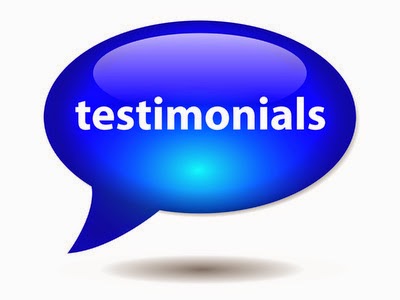 "On my scan, WOW! the results were including. We are agreed I am only 10 pounds away from my ideal weight, my body fat is at 19% (WOW!!! I NEVER thought I would be able to say that) Also, my measurements are strong, my hydration is great, all good news.
THE BEST NEWS OF ALL is my metabolism is through the roof, WOOHOOOOO!!! SPIKE FOR LIFE my friend. If you were there I would have given you the biggest hug ever! haha (hope that isn't weird)
Thank you sir, thank you very much"

Please Don't Look at Me

Yesterday at a convenience store I had one of those eerie surreal moments. A guy walked past me and bumped into me, just slightly. He meekly mumbled "I'm sorry", I turned to say "no worries". We made eye contact for a spit second before he dropped his head and mumbled again" really sorry about that". I said, "it's really OK my friend".  The guy wouldn't look at me, but he nodded and moved on. As he walked away it hit me, this guy was me from 11 years ago. He kind of looked like me, he was obese, and wearing baggy sweats, and like me, didn't want anyone to notice him, for fear of judgment or even disgust. I got goose bumps and my heart felt his pain. I wanted to talk to him but what would I say? I got in line next to him and I was trying to not totally "stare" but just hoping for eye contact so I could say something. He wouldn't look at me, he would look at the cashier. Then I was thinking Russ, you idiot. He probably thinks you are staring at him, judging, and ready to make a rude joke about the food he was buying. Because 11 years ago, that’s what I would have thought. But, I just wanted to tell him that there's hope, I lost 130lbs over 10 years ago and man if I can do it, I know you can too. I wanted to tell him that he deserved happiness and if he wasn't happy that I will help you. We only have this one life, it saddens me to think that I at one time had given up hope. That I was willing to accept my fate and simply survive life versus living it. I thought, what if he has given up too. Then before I said something I had fear that maybe I would hurt his feelings or he didn't want my help. Or just acknowledging the fact that he was overweight would be terrible awkward. So I just let him go, I failed this man, I failed my heart. I didn't talk to him I didn't help him.  Now I keep thinking about him. I do wonder though if I am over-stepping bounds or judging, doing more harm than good. I don't know, I guess if someone had talked to me like that 11 years ago, I would have at first been embarrassed and probably just shrugged him off but later the idea of hope would have made me excited to at least try again. To me it does matter that I was once 330lbs, I hated getting advice from the people who have always been fit, and they don't get it. When this isn't your struggle you have no idea of how difficult, confusing, and frustrating losing weight can be. It's not simply a matter of laziness, I was never lazy. It wasn't because I always ate junk food, in fact I many times I just didn't eat. The struggle is a mind-game. It's about confidence, knowledge, and hope. If you have those 3 things you can do anything.

I'm wondering what you think? Should I approach the people I feel in my heart I should or would I be doing more harm than good? I feel the need to help people and like the guy at the convenience store.

Video on the most important trick for long term weight loss

The Pre-Published Version of Spike Life is Now Available on Amazon Kindle!


Staying positive and being in control is the key to long-term weight loss. Honestly if you are not enjoying your diet or exercise plan you won't succeed. Sure you may have short-term weight-loss but you won't be able maintain it.

The Most Important Tool for Long-Term Weight Loss 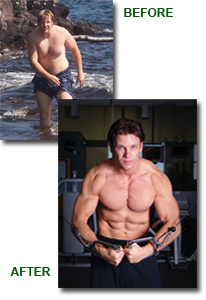 Click the link for a Video on why Mindset is everything!

Stay tuned to new posts about living the Spike Life! I'm sorry for being gone for so long.  My new book Spike Life is available as an "unedited/unpublished" version with Amazon Kindle.

I was tired of searching for a publisher and I've had many requests for my new book so I decided to releases it as-is for now and hoping we can recapture the Spike Hype fro ma few years ago and find a print publisher before 2015.

You can find Spike Life here at Amazon.

Posted by Unknown at 5:12 PM No comments: