I weighed in last night before bed at 214lbs, now tonight I'm down to 205lbs, almost exactly 24 hours later.
So what was my secret, is it the the New Spike24 Hour Diet?
I wish...

Here's what I did today to lose 9lbs, I ate my daily calorie goal of 2,000 calories, and I skipped my workout because I was too busy. That's it. 9 pounds gone!

The secret is; it's all just water weight of course.
You see, the scale thinks he's a comedian, and he likes to make us the butt of his jokes, and some butts bigger than others, including me.

We work really hard one week, and eat right and the scale doesn't move, then we slip up and avoid the gym and we lose a pound.  It's all a big joke right?
It's not a joke, it's the harsh reality, I have declared water weight the "King of the Scale" and we all must bow to his power.

So the moral of the story is, if you have a week you lose 5+ pounds, go ahead and be happy and proud, but I am telling you from experience, it is nearly impossible to lose 5lbs of fat in one week. So when the following week you don't lose 5lbs, don't be discouraged. If you were to average 2lbs lost a week you would in fact lose 104lbs in a year! 2lbs lost per week is a very reasonable and realistic goal, and even argue that it is much better for your long term aspirations of keeping the weight off.
If you stay consistent and patient you will lose weight over time. just don't give up when the "King" comes for his ransom, because he will. 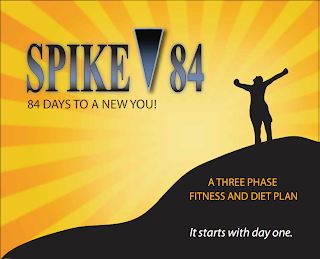