Minnesota Starvation Experiment - What a diet can do to metabolism!


This is the study that truly opened my eyes to why most diets fail in the long term.  The amazing thing is this study had nothing to do with weight loss for health, but instead the effects of what the doctors called "severe famine" on a population. I do use this study to prove the effects of long-term restricted calories on our metabolism and long-term weight loss success.

So what did the doctors think "severe famine" was?

The study was done with only males, so using the BMR formula that would roughly be the equivalent of 1,200 calories for a female. I know many females who also only 1,200 calories daily or less while dieting.

Personally I have been on many diets where I would eat only 1,500 calories daily, but I wouldn't ever make it 24 weeks. In the past I would always plateau and then eventually fall of my diet and gain the weight back. It was one of my biggest struggles with trying to get in shape and maintain it.

The goal was for the participants to lose 25% of their weight, and see what this did to them physically and psychologically. Then have a rehabilitation period to get them back to normal.

The Study had 4 Phases

So what happened to the subjects during this "diet"?

While the participants lost weight during the restricted calorie period, most of them all gained the weight back and more during the unrestricted rehabilitation period.

The good news is the researchers found the main culprits for why they regained weight.

If you have a slowed metabolism, a preoccupation with food, and depression, wouldn't you gain weight?

If you have been on a diet you can completely relate to this study, before the Spike Diet this was me exactly. Metabolism burns body-fat, but how can we maintain fat-burning with a decreasing metabolism?
The moral of the story is; don't go into "Starvation Mode" you may feel like the only you can lose weight is to starve yourself, but trust me those results are very temporary.  Losing weight is like a game with our brain, we must trick it and stay ahead of our body's natural instincts by varying our calorie intake and taking a break from dieting often.
It's been 7 years since I lost 100lbs, and every week I am in better and better shape.  The Spike Diet has allowed me to maintain a healthy lifestyle and I still have every weekend to have fun and enjoy the foods I really love.
The Spike Diet keeps "Starvation Mode" in the Stone Age. 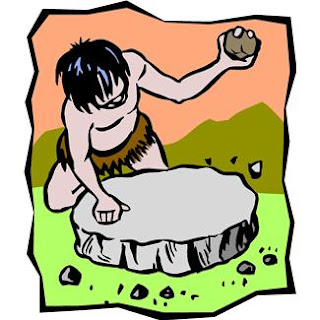